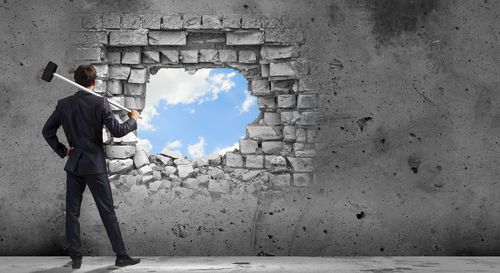 Gross annual bridging lending has broken through the £3.5bn barrier in 2015 according to the latest West One Bridging Index.

This annual lending figure equates to £13.9m worth of transactions each working day in 2015.

The bridging sector is now expanding significantly faster than the mainstream mortgage market, which only grew 8% in the whole of last year according to the Council of Mortgage Lenders. But despite the growth, the bridging sector is still only worth approximately 1.5% of the traditional mortgage sector which was valued at £220bn in 2015, meaning there is plenty of scope for further expansion.

The growth in short-term finance is part of a five-year trend, which began with economic recovery, post-recession. The current housing crisis has led to demand for properties easily outstripping supply, with house prices rising 6.7% in 2015, according to the ONS.

A significant component of the housing crisis has been the shortage of land available for development especially in London and the South East due to current greenfield restrictions. This has driven redevelopment and conversions of any available properties in the capital with permitted development rights. These projects often require short-term financing during conversion.

However high-street mortgage lenders have been reluctant to increase their short-term and commercial lending after the recession. While commercial property prices have increased 21% since their trough in 2013, bank lending to property firms is still only around £135bn – just over half its value in 2009 according to MSCI. The bridging sector has been able to grow due to flexible underwriting that considers cases on an individual basis and a greater appetite for lending on commercial projects than that exhibited by the high street banks.

There has also been a significant growth in the number of properties sold at auction in 2015, supporting the upswing in bridging. In the last two years alone, the total value of properties sold at auction has risen by approximately £800m. Buyers will typically turn to bridging if they need to raise capital for their purchase as high-street banks are unwilling to lend for auction purchases.

The incoming regulation from the EU’s Mortgage Credit Directive (MCD) should help lift future growth. The new rules mean that some bridging loans will now be regulated by the FCA, namely those which are secured on an individual’s home or are not predominantly for business purposes. These will fall under the new MCD led rules, as will certain buy to let related finance particularly the new category of consumer buy-to-let loans. As more bridging products become regulated, the sector’s reputation will be enhanced, with more demand from FCA-regulated brokers. The new rules should encourage lenders to remain responsible, while also raising the sector’s profile. Borrowers applying for regulated bridging loans will also feel more secure due to the increased protection provided by the new legislation.

With an enhanced reputation, the bridging industry should maintain its impressive growth rate through 2016, with a potential boost in demand for bridge-to-let finance before April’s impending Stamp Duty hike. Borrowers may turn to bridging loans to ensure their purchases are completed before the deadline.

Duncan Kreeger, director of West One Loans, comments: “2015 was a brilliant year for the bridging sector, with an explosion in demand for short-term finance. The sector ended the year on a high, breaking through the £3.5bn barrier, a welcome reward for all the hard work in our industry. This pace of growth looks set to continue into 2016, as we expect to pass the £4bn milestone in the not-too-distant future. Despite its growth, bridging remains a relatively alternative product, so there is still plenty of room for expansion, especially as new regulation drives future growth.

“Bridging is known for its speed, so it follows that short-term finance is easily outpacing the mainstream mortgage market. Bridging lenders are flourishing with an enhanced reputation for providing an excellent service. Borrowers are turning to short-term finance because it offers much faster time to completion than high-street lenders. As bridging loans have no minimum term and no exit fees, the flexibility is particularly appealing to some borrows. Commercial developers have turned to bridging, as bridging’s emphasis on security means that the sector will provide loans when traditional banks are reluctant. As the demand for fast finance looks set to rocket, an increasing number of borrowers will turn to bridging in 2016. Brokers who have previously never considered short-term finance for their clients are finding it increasingly harder to ignore.”

Trends in the Bridging Industry

The size of the typical bridging loan has risen to £984,000 in December, up from £747,000 six months ago as multi-million pound deals become and ever more regular occurrence. This growth is largely attributable to bridging loans being used for bigger development projects where time is an issue such as to secure sites and sales.

In the same time period, the average first charge loan-to-value ratio has increased slightly from 49.5% up to 50.1%. This stability demonstrates the sector’s commitment to responsible lending.

Duncan Kreeger, director of West One Loans, adds: “While there has been a general trend in the industry towards larger loans, the current upswing in the average loan size is only a short-term trend.

“The volume of loans actually decreased slightly in the final two months in the year due to a dip in demand for smaller loans. This inflated the average loan size, so we should see a correction at the start of 2016. The expected demand from smaller bridge-to-let borrowers could also reduce the typical loan size.

Average interest rates have remained competitive throughout 2015, finishing the year at 1.16%. This marks the sixth consecutive month that average rates have stayed below 1.2%.

Rates have remained stable due to the competitiveness of the industry, which has seen a significant increase in the number of new lenders in the last 12 months. As the Bank of England continues to keep the base rate at 0.5%, this stability should continue through 2016.

From an investment perspective, the bridging sector continues to offer consistent returns. The industry has long outperformed Government bonds, offering a monthly return of 1.16% in December, compared to just 0.16% offered through gilt yields.

Danny Waters, Chief Executive of Enterprise Finance, concludes: “The influx of new lenders into the bridging sector during 2015 should be welcomed as a sign that the industry is thriving. There are always healthy returns on offer for those who choose to invest. The increased competition will help keep lenders on their toes, ensuring that they offer borrowers the best deals possible combined with excellent service. Due to the low interest rates on offer, we should expect this rapid rise in demand for bridging products to continue and more lenders may join the sector.

“With global markets making a shaky start to the New Year, the bridging industry offers a fantastic opportunity for investors to shelter their capital during the economic turbulence. As the construction sector looks set to expand, supported by the Government’s house building agenda, investing in bridging should offer excellent returns on investment in 2016.”

Bridging lending set to thrive in 2016