Expert view: our thoughts on Brexit and its property market impact

Over the last year or so, following some inevitable post-Referendum jitters, we’ve seen the bridging loan market bounce back to reach new heights. Investors are looking for smarter, more convenient ways to secure short-term funding and are increasingly turning to alternative finance methods to do so.

Having said all that, what effect could Brexit really have on the bridging finance market? What might happen in a post-Brexit world? Well, we think this upwards turn in bridging lending is likely to continue, and here’s why.

Just how healthy is the bridging loan market?

No one likes uncertainty; and not only your clients, but the property market as a whole. Rewind to June 2016, the morning of the referendum result: when Brexit was announced, there was a collective shock from most. This instantly affected the finance market: investment decisions were put on ice, and the wider property and finance markets saw an initial flattening.

But where did this leave bridging finance? Well, as the dust started to settle following the vote, there was a definite air of ‘business as usual’.

The West One Bridging Index, which provides a bird’s-eye view of the UK bridging loan market, indicated that by the third quarter of last year, there was an annual UK-wide lending figure of £4.7 billion. This topped the pre-referendum high of £4.4 billion — and was up 10% on the same period only a year earlier.

The property market may have been sluggish, but investors were still tapping into the benefits of this form of alternative finance. In fact, the market became even stronger than before the vote; and we think this is a sign of things to come.

For investors and property professionals alike, there’s still a frequent need for quick capital and swift decisions to get purchases and projects over the line. Those investors (and their brokers) are beginning to identify bridging finance as their best solution — in great numbers. 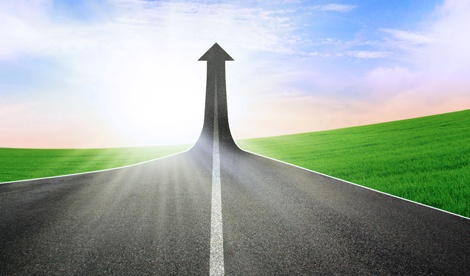 On top of this, we’ve also noticed the following trends:

Will the size of typical bridging loans get bigger or smaller in the future?

Yet, the size of the market overall is still getting bigger. This means that more and more people are using alternative finance, but the average amount being borrowed is lower.

Why is this? In part, it’s down to better awareness: as smaller-scale developers realise the potential benefits of alternative finance, it’s going to have a knock-on downward effect on the average loan amount figure.

But also, it’s linked to where the best investment opportunities are based. While Prime Central London (PCL) saw a drop in value of 3.5% last year, the residential markets of East and West Midlands, in addition to the South West, all saw increases of more than 4.5%. As savvy investors hone in on cheaper regional hotspots for rental yield and capital growth, it’s inevitable that average ticket amounts will fall.

So, as long as investors remain less PCL and South East-focused post-Brexit, the average lending amounts should remain relatively low compared to what we’ve seen previously.

Last Autumn, the Federation of Master Builders found that 54% of SME developers were facing major barriers in accessing finance — up 4% on the year before. Mainstream lenders appear to be getting ever-stricter, and many developers are struggling to secure the capital they need to get their projects off the ground.

The government has promised that there will be more than a million new homes built by 2020, and an additional 500,000 by 2022. An increase in construction in general, and residential development in particular, offers the huge potential of stimulating the post-Brexit economy. But, following this pledge by the government, it’s important to remember that, unless developers can access vital capital, it’s little more than hot air.

There’s an important trend developing here: smaller developers and their brokers are increasingly looking beyond the mainstream routes, and are instead honing in on alternative forms of development finance.

Developers themselves are taking the initiative to access capital, and West One has been busy formulating ways to make this easier.

We’re in the works of launching a development finance product designed to meet the challenges faced by smaller firms in these interesting times. The minimum loan amount is £500,000 and an interest rate of around 7%. Interest can be rolled up onto the loan and paid at the end of the term. These loans will be tailored to suit the timeframe of the build. We’ll be able to offer an initial bridging option for purchase of sites before planning permissions are granted, with the option of refinancing to a development loan later.

Brexit: does it keep us awake at night? 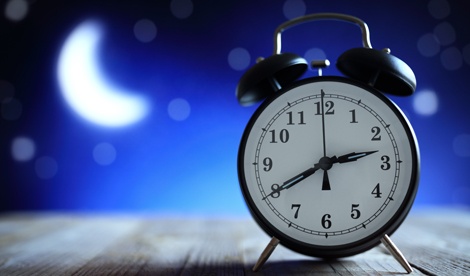 Not long after the vote, China’s biggest international property portal described the UK property market as “the same old safe haven, but cheaper.”

18 months down the line and, in many ways, this assessment is holding strong. After all, the fundamentals that underpinned the market (and especially supply-side shortages) remain in place. What’s more,it’s hard to see this changing — whatever the precise details of the eventual Brexit settlement.

There’s plenty of evidence of foreign investors cashing in on the ‘Brexit bonus’ of a weaker pound, and recent reports suggest that the predictions of a mass exodus from The City to the likes of Frankfurt and beyond may have been significantly exaggerated.

Yet, it’s nevertheless hard to ignore the potential pitfalls that may be lurking down the line. The inevitable knock-on effects to the market of a general economic downturn, in addition to the possibility that efforts to ‘get Britain building again’, could be stymied by labour shortages in a post-free movement recruitment market.

What role should specialist lenders be playing right now?

The market needs flexible lenders. At West One, we’ll be monitoring the moving picture of Brexit, looking closely at how it’s affecting borrowers and how we can respond to meet changing needs.

We don’t know definitively what’s around the corner, but chances are that, for developers of all sizes, it will involve a combination of challenges and opportunities. As we move towards new products and services fit for a post-Brexit world, we’d invite you to watch this space. For more information on the bridging world and its opportunities for brokers and professionals alike, head over to our blog.

Why bridging’s future is bright

Bridging Bounces Back After Brexit